I am E_bookpushers and I am addicted to books. I have to thank my mother for my addiction because one of my fondest memories involves bedtime stories. No, I am not talking about Dr. Seuss, Bernstein Bears or Madeline, those were daytime learn to read books, but I am talking about Tolkien, Richard Adams and Asimov…

Thanks to my mother’s open mindedness I did not grow up a genre snob. While I tend to read and enjoy SF/F in its various permutations, romance and its sub-genres I also read and enjoy westerns, murder mysteries etc. If a book can capture my attention, spark my imagination; carry me into a different world/reality than I am willing to give it a try. So bring on your recommendations so I can update my TBR list. 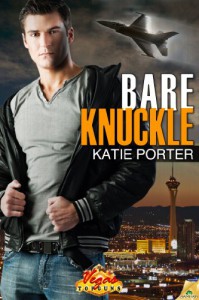 Publisher: Samhain
Publish Date: Out now
How I got this book: ARC from the author

After a near-fatal plane crash, fighter pilot Captain Eric “Kisser” Donaghue is a changed man. By day he labors to regain his confidence in the cockpit. By night he moonlights as an off-Strip boxer, fighting for prize money to pay for his younger brother’s third stint in rehab.

In the ring, no one cares he once had a face that launched a thousand one-night stands—and neither does Eric. He’s only there to win. Yet he can’t take his eyes off the new ring girl, a glitz-meets-pageant-queen vision of blonde perfection.

Down on her luck but not quite out, Vegas showgirl Trish Monroe lives for the spotlight. The scarred, steely-eyed loner who stares at her from his corner of the ring gives Trish an extra reason to strut her stuff.

Curiosity and the temptation of a no-strings good time bring them together. The discovery of their secret fetishes—she likes to show off, he likes to watch—turns mere sexual chemistry into a fiery exploration of matched passions. They’re a natural fit. Trust in love, however, is harder to earn than trust in bed, especially when this beauty and beast hide even from themselves.

Warning: This book contains a Sin City-style Beauty and the Beast love story, lots of naughty pics and vids, adrenaline-pumped base jumping, and a set of very important note cards. Oh, and as always, an incredibly hot fighter pilot.
This blurb came from the authors’ website.

I was introduced to Katie Porter with the first book of their Vegas Top Guns series Double Down and have remained a loyal reader since. With any series or author, some stories and characters I have enjoyed more than others but they have all moved or touched me in some way. Following the adventures in love, life, and kink of the rather tight knit fighter pilot crew has been a wild ride. As a result when I hit the last word on the last page of Bare Knuckle and realized that this was the end of my adventures with them I felt sad. Not because things were left unfinished or unresolved but because it meant I had to say good-bye to Vegas. Thankfully, it won’t be the end of my Porter-reading adventures because Club Devant is in mid-series and a new series The Boston Boys will start mid-2014.

I am not able to review this without some spoilers for previous books so if you haven’t read them and are spoiler adverse I advise you to stop reading now. Bare Knuckle takes place several months after the final events in Hard Way. Kisser has mostly recovered from his horrific crash but is still dealing with the physical scars, loss of confidence, fear of falling, and family issues. He has always been aggressive and ready to get in a fight at the drop of a hat but now his fighting has moved to a different level. While working towards his flight clearance, Kisser usually fights in an amateur boxing match at least once a week. He is there simply to win as quickly and efficiently as possible and take home the prize money to pay for some unexpected bills. While his accident changed several things for Kisser, he retained his appreciation for beauty. One night he spotted an attractive ring promotion girl talking to a few of the guys on her way to the ring so he initiated a brief conversation with her. They made tentative plans for him to find her when she was finished working for the night. They had a rather open conversation and he admitted that he enjoyed taking pictures, erotic pictures, but it was her choice if they included that or not.

Trish was having a really bad night. She learned that her primary job was ending and she was being fired by her agent after five years of never making the leap to prime time. In desperation, she asked one of the guys lining the path to the ring if he had some alcohol–he didn’t but another man, hooded like a fighter but minus the flash, glitter, and entourage, spoke up. He intrigued her enough that she decided to forgo the alcohol and meet him after she was finished working for the night. Trish’s entire life was training to be a Vegas star, from the childhood beauty pageants, the extreme diet, the auditions, the agent, the sleazy photo shoots, and the list went on. Thankfully, she enjoyed knowing that men were watching and admiring her but she had definite lines that she refused to cross. After learning about Kisser’s wish to take pictures of her and that she would not have the option to delete images that she didn’t like, she didn’t reject the possibility but wanted to get to know him better before she decided.

I enjoyed this story on several different levels. First, Porter writes extremely hot sex scenes. Even if I am not personally into whatever kink the characters enjoy I can still appreciate the heat, the care, and the intensity of the scenes. I also liked seeing how it was the quality of his framed photographs that mattered and that he didn’t need pictures to enjoy his partner. I thought his obvious enjoyment with the entire process and how he was able to get Trish to step out of her practiced fake shell and show her honest enjoyment and reactions was pretty intense.

Second, was their emotional back-story. Each started from almost nothing and continued to fight for their goals. They were both weighed down from family issues and preferred to keep that aspect separate from everything else even though it was a driving force behind their actions. The only time they were completely open was through the camera lens. Through the course of this story both Trish and Kisser hit rough spots personally and kept what they were facing away from each other, yet they shared their triumphs. It was this very inequality in sharing that led to a situation in which things looked doubtful for the two of them.

The third thing that I enjoyed about this book, which has been a constant throughout this series, is the theme of acceptance. Porter has explored a variety of kinks through these five stories and while in some instances one of the individuals isn’t comfortable with what they personally enjoy they were not shamed for that enjoyment. In this particular case, both knew what they liked and while it was different, their respective kinks were complimentary which also drastically increased the intensity of the scenes.

As I am sure you can tell I enjoyed this final installment of the Vegas Top Guns series. There was an incredibly sweet grovel scene that really sealed the deal. Then the final scenes I had to reach for a tissue because it was so very touching. Porter did a great job of finishing up this series on a high note with Bare Knuckleand leaving me eager to read their next work.

I give Bare Knuckle an A. 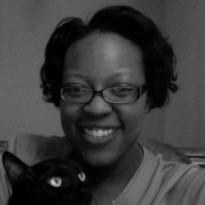 The Lord of Illusion
Kathryne Kennedy

Because You Love Me
Mari Carr